It's such a big question couched in such a short sentence isn't it?  Who am I?  Am I the person that everyone one sees from the outside or am I the person I see when I look in the mirror?  Maybe I'm both!  Maybe that's too big a question as an introduction!!! 🙂

OK...let's back it off and do the fun stuff!  The things that people can see and may or may not already know about me, depending on how long we've known each other! 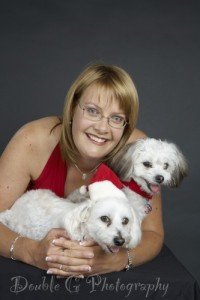 I’m a country chick, born and raised in the south west of Western Australia. Compared to the modern average, mine is a large family, I have two older sisters and a younger brother. “Suffering” middle child syndrome, I was always the one in the middle of the fight and arguments! Still don’t quite understand that but the great thing is that now, we are all very close and I am blessed that all my siblings live relatively closely so I get to see them often.

My Dad is a farmer, born and bred. He's got the land in his blood, a true Australian in every sense of the word. His honesty, integrity, quiet strength, wicked sense of humour and strong work ethic makes him a pillar in the community but also the bedrock of our family. My Mum is also, a stand out character. She’s a professional, pharmacist by trade, a sound business person, rock solid support, the greatest shoulder to cry on, the reality check I often need, a constant seeker of information and learning and an inspiration to not only her kids, but most people who know her. She has had her own amazing life journey but that’s hers to tell so, I’ll leave that to her.

I had a pretty standard childhood as far as education is concerned…school, university, job but my parents gave me the greatest gift when I was nine, the passion for travel. They planted the seed by leasing their farm and packing us kids up into a 24 foot caravan and taking us around Australia for 3 years. We saw places most people only dream of, had experiences that even now I remember, met people who became lifelong friends.

The seed was planted in those early years and this seed was well-watered and fertilised in 1991 when I was accepted as a Rotary Youth exchange student. I remember at the time Dad (with his wicked humour) said that he hoped they sent me as far away as possible! Nice hey?!? Well, someone must have listened because I found myself, at 17, flying to another world, or at least that what it seemed when I stepped out of the airport at -40oC at the Fairbanks Airport in ALASKA! Seriously!!! Alaska! Who lives there???? And it was not just COLD but DRY! I literally thought I might never be able to breathe properly that first day!

My very first day in this very foreign place included spotting a moose on the side of the road (I know right?), going to a high school basketball game which was exactly like I’d seen on American TV shows, driving down a suburban street where every house had a small plane parked in the front yard and sleeping FOR HOURS! I still remember that first day…

My first host family was the blessing every exchange student wishes for. Rick, Cheryl, Courtney and Katie welcomed me to the family as if I was another daughter/sister. Funnily enough, I assume the role of shit stirrer again and Katie and I in particular had a couple of doozy fights! (luv ya Katie!). I attended North Pole High School (yes, there really is such a place), travelled throughout the state with the family and various Rotary members and generally had the time of my life. In the latter part of the year, I moved to a new family and attended the University of Alaska Fairbanks. I use the term “attended” loosely…I had a damn good time!

My year in Alaska was still one of the best years of my life and I am still grateful to the many people that contributed to that experience especially the Schikora’s who I am still in touch with and visit as often as I can (though I think its their turn to visit me now!) 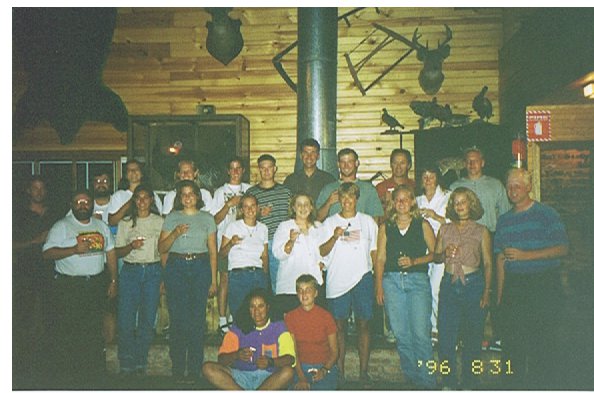 I returned home, completed a Bachelor of Science in Cartography and then proceeded to work in a job for ten years. I saved every penny to travel. I took 12 months off and travelled back to the US where I worked as a camp counsellor in Minnesota and then did the Australian thing of working at Whistler Ski resort in British Columbia, Canada. Again, I have met awesome people and gained friendships that I still cherish.

In 2002, my parents bought an AMAZING property on the south coast of WA in a town called Albany. They asked if I would be interested in running it as a guesthouse. Of course, I said, how hard can it be? I had no experience or training in business, hospitality, tourism etc…NOTHING! Which is probably why I said yes! Thus began a two year period of renovation, restoration and landscaping on the property while I took a drive in / drive out job in Marvel Loch earning enough money to hopefully keep me going for the first few months of operating the business (wishful thinking in hindsight). To add a little more pressure to the mix, my mum was also diagnosed with breast cancer. Again, her story to tell so I’ll move on other than to say, I told her she had to survive as we had too much to achieve and I couldn’t do it without her!

In Feb, 2005, we opened the only 5 star Heritage Guesthouse in WA, The Rocks Albany, and thus began my career in Tourism and Hospitality. More detail on this ten years will be posted in another blog. During the ten years I ran The Rocks, I met AMAZING people, both as guests and suppliers. I also joined an international tourism club called Skal International and this gave me the incentive to travel more. Through attending our World congresses, I have represented the Albany Club in Tailand, Turkey, Taiwan, Hungary, Korea, Australia, Finland and USA. Every congress has given me the opportunity to travel more and experience more and for that, I am sincerely grateful. 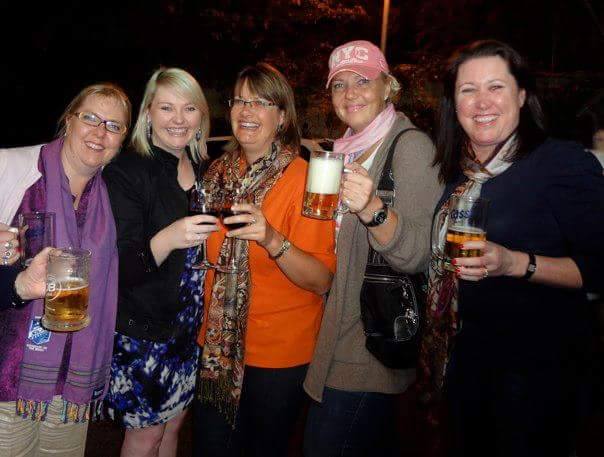 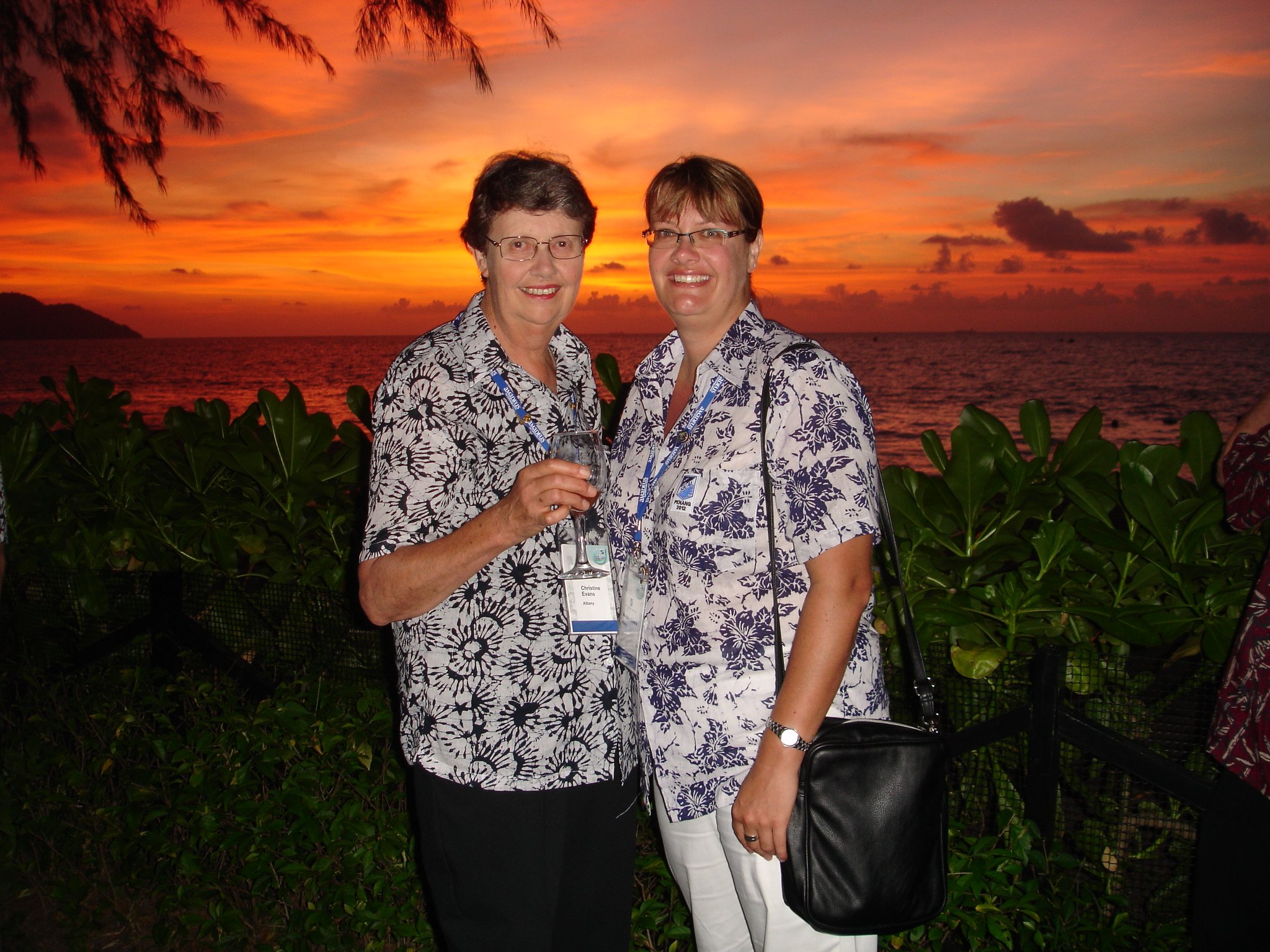 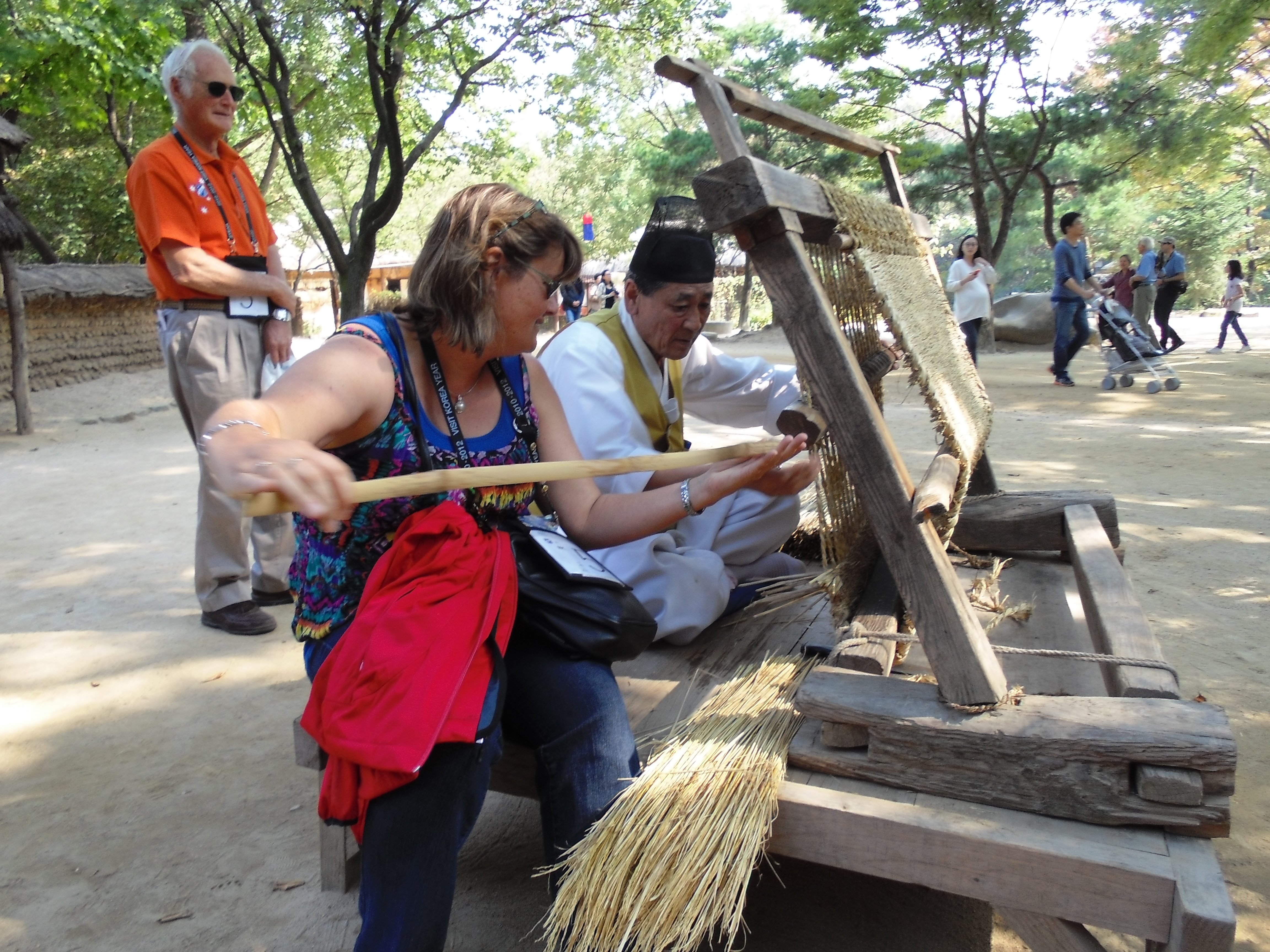 Many people ask me where is my favourite place and it is simply something I cannot answer. Everywhere is my favourite place. I have instead, PLE’s (Peak Life Experiences,) things that truly stand out as highlights in my life. These include standing on the Great Wall of China, dancing on the top of a double decker bus in New York, hot air ballooning over Cappadocca in Turkey, swimming the 4km across the Albany Harbour as a fund raiser, reaching the summit of Mt Kilimanjaro with 5 people who mean the world to me, watching the Aurora Borealis (Northern Lights) in Alaska, eating freshly smoked wild salmon on Kodiak Island (Alaska), celebrating friends’ weddings in America and Argentina, being on the top of Whistler Mountain on Christmas day…to name a few… 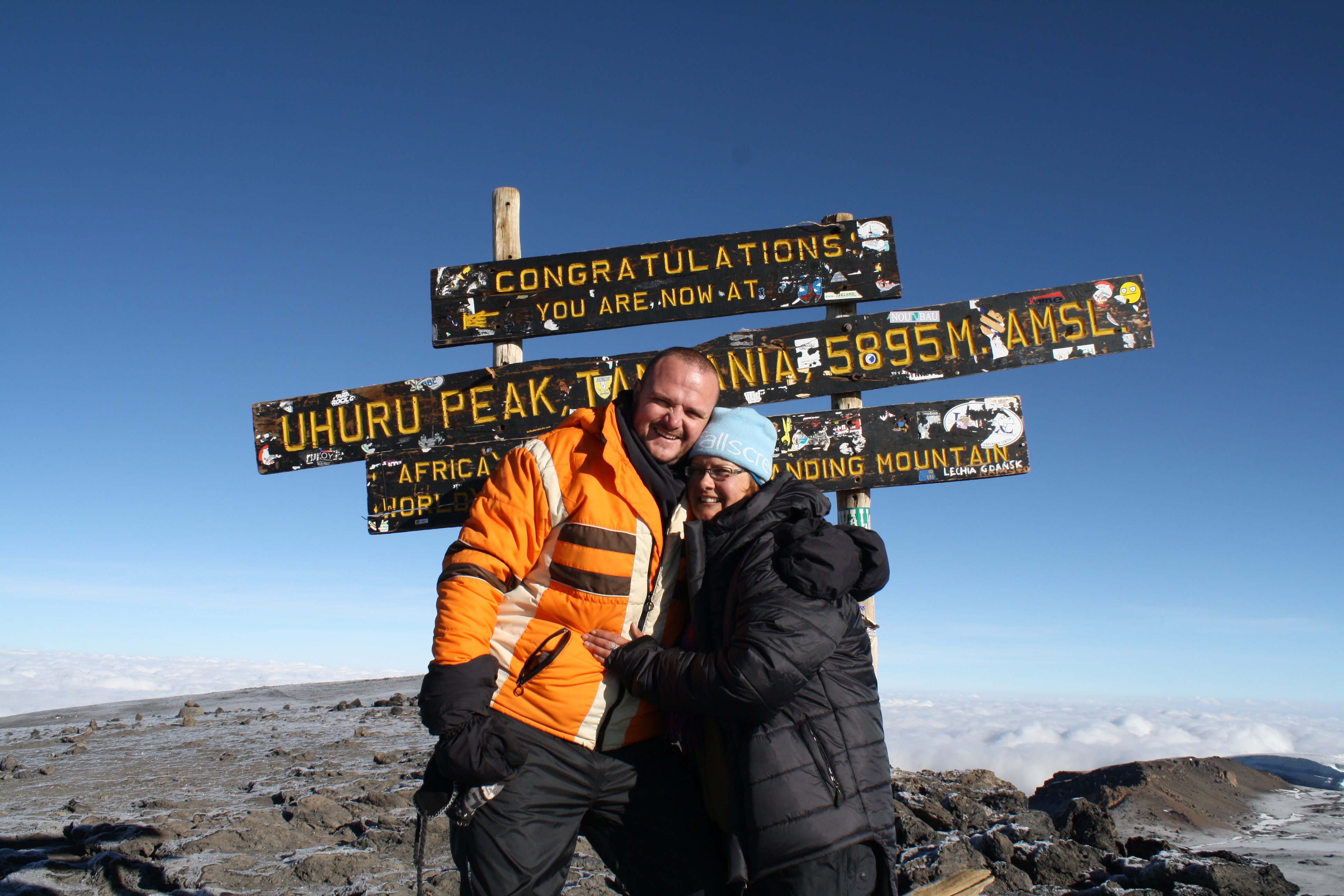 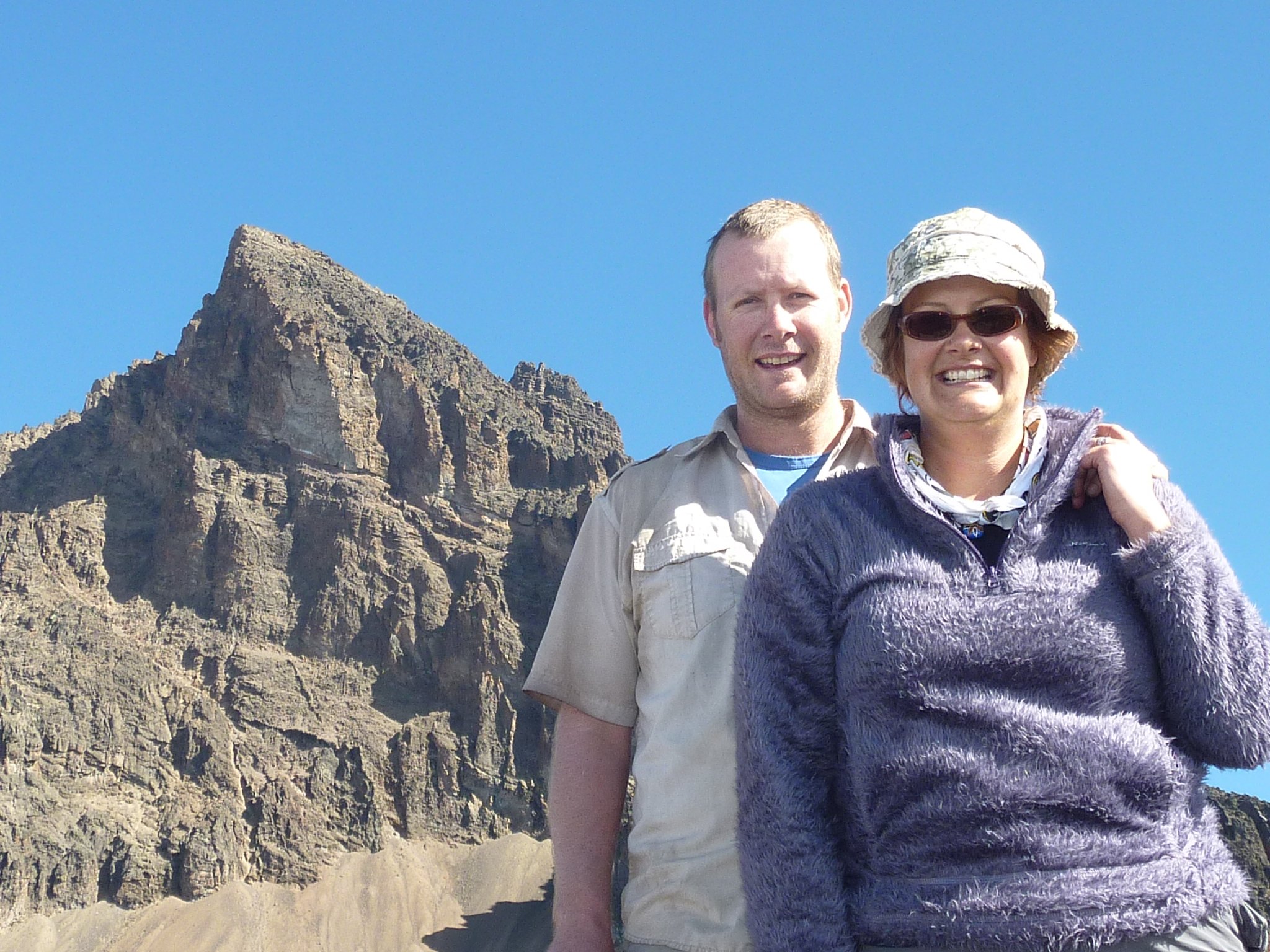 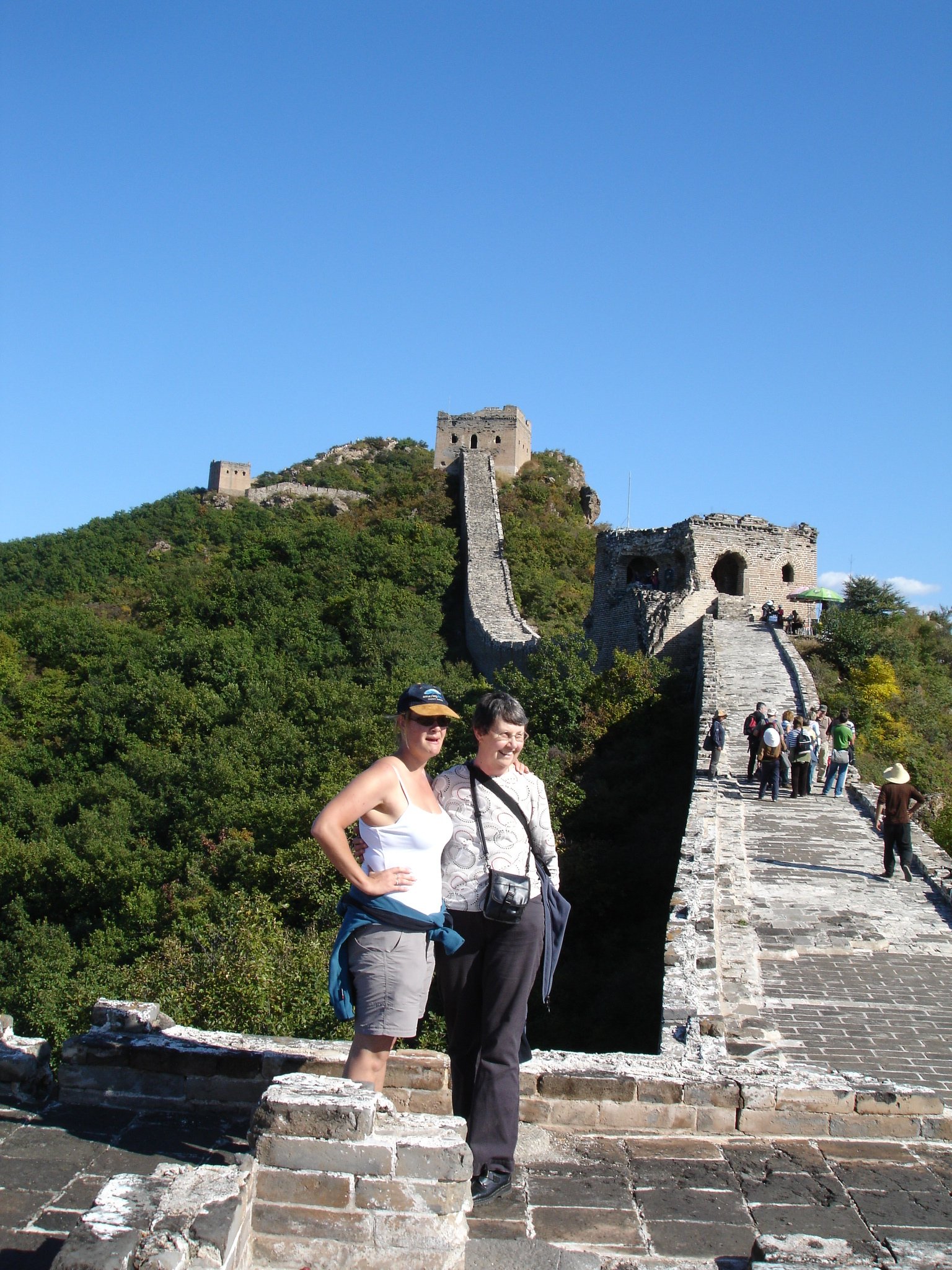 I’m still young. I plan on having a crap load more PLE’s. I’m now on the next reinvention of myself. This one includes yet MORE travel…this time my “job” is as a professional tourist or as I like to call myself, a Holiday Master, mastery the art of taking seriously sensational holidays and having so many PLE’s that by the time my physical body is done, my soul maybe somewhere near satisfied that I’ve done all that I can.

Now, I am creating an extraordinary life, and by doing so, I can inspire, elevate and encourage others to do the same. I’m building a reality that is better than any of my dreams and creating the financial freedom that will enable me to support, both financially and physically, the community and charitable organisations, locally, nationally and internationally, that make my heart sing.